On the day that ‘I, Daniel Blake’ hit the big screen, the SUWN were ootside Dundee buroo, conducting our regular advice stall, where we distributed flyers for the forthcoming free screening of this powerful indictment of our so-called ‘welfare state’ at Dundee DCA on November 2nd, which raised a fair amount of interest. Whilst recent reports have emphasised how relatively quiet the stalls have been (due to the establishment of a welfare rights team in the buroo), today was different. Four pages of notes were taken from the many people that we spoke to, including Jim, who had recently started signing on, and who was so angry at the shoddy treatment that he had received that he wishes to get involved with the SUWN. He reported that he is being asked to sign on weekly for the first thirteen weeks, and, because he is co-habiting with his partner, that he had been hauled into the buroo three times in the first week of signing on, in order to answer intrusive and, frankly, ridiculous, questions about the nature of his relationship with his partner.

In another notable case, Roddy, a young guy in his twenties, reported that he was also required to sign on weekly, and that he had been enrolled, very much against his wishes, onto a new scheme called ‘Walking the Patch’, which involves him being required to trawl around Dundee city centre so that he can ‘introduce’ himself to prospective employers in the retail trade. He was under the impression that he would be accompanied by a DWP employee whilst ‘walking the patch’. If this is the case, particularly when it is combined with widespread weekly signing on, it may not be too long before Dundee buroo comes to a grinding halt. We have talked to other welfare agencies in Scotland who told us that they had not come across the ‘Walking the Patch’ scheme, and who believe it may be limited to the Dundee area. Yet again, Dundee seems to be getting ‘special treatment’ – whatever have we done to deserve this? We were also informed by the Child Poverty Action Group (CPAG) that weekly signing is not unknown in other places, though quite unusual. In the case of Dundee, however, it is being reported more and more frequently. If you are being asked to sign on weekly, we would like to hear from you.

Another man, Eddie, complained that his ‘work coach’ (sic) had insisted that he had to complete his weekly job searches despite the fact that he was signed off with serious depression – this did not stop his ‘work coach’ (sic) from phoning him up to pressurise him into complying with his ‘claimant commitment’. We have enough experience with such cases to know that such pressure on people who are already struggling can have serious, even deadly, consequences. He seemed better within himself for getting his problems off his chest and we urged him to register a complaint against the totally unnecessary, and counterproductive pressure that was being forced on him by the DWP.

We have not come across many sanctions of late, although we have been kept busy with many other issues, but we came across Ken, a young man in his twenties who informed us that he had just been told that a recommendation for a sanction had just been phoned through to the ‘decision maker’. He had been an hour late signing on, but when he tried to explain that he was late because he had to look after his six month old child until his partner was available to take over caring duties, this was dismissed. We explained the sanction process to him, and urged him to get in contact with welfare rights asap, and provided him with our contact details so that we could monitor the progress of the case.

Finally, we heard a very alarming account from an unemployed man who reported that he had been bumped from ESA, despite suffering from serious depression, and was now required to attend to sign on. On all three occasions he been into the buroo, he had been goaded and insulted by a security guard who is well known to us due to his aggressive and generally unpleasant, attitude. We have discussed this case with other agencies in Dundee, and asked them to keep a ‘watching brief’ on this case, and will report any further progress. 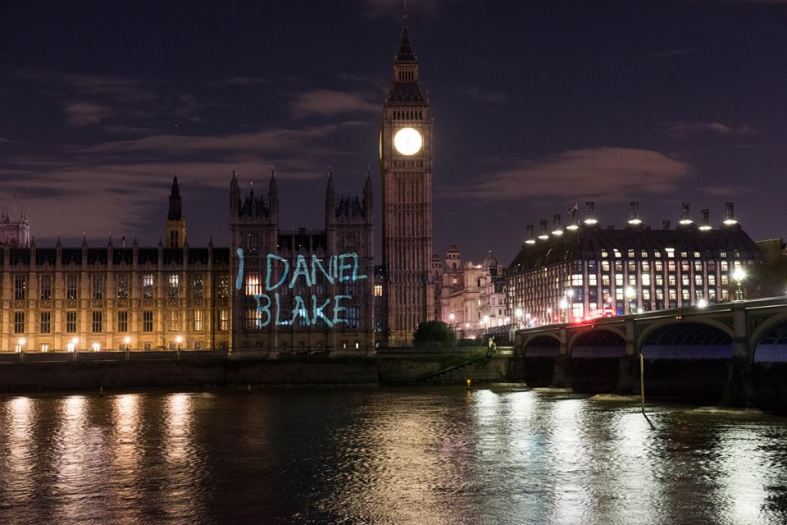 The scene of the crime

All names used in this report have been changed. Thanks to Chris, Gary and Gordon for helping out at the stall at short notice.