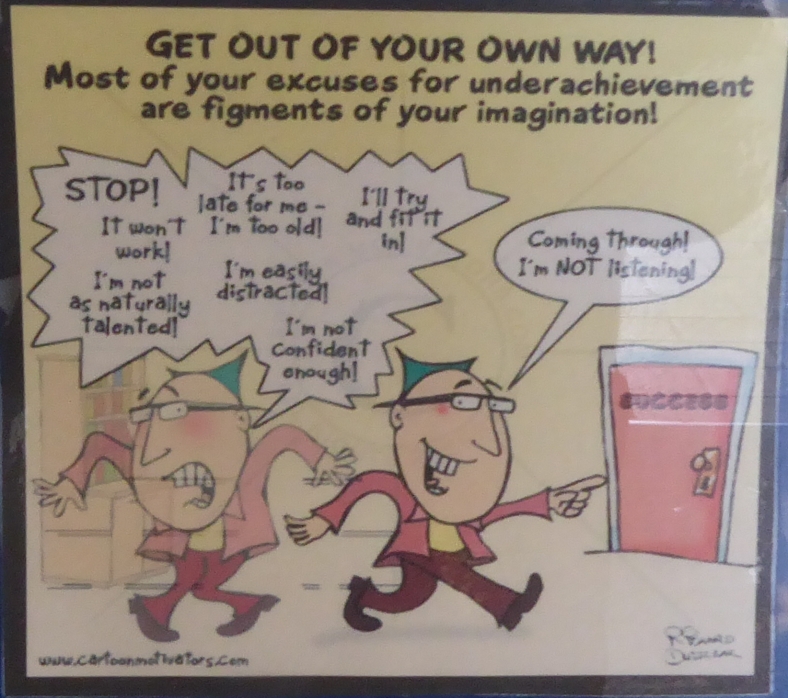 This image sums up the official DWP position that success or failure is a personal responsibility, and nothing to do with objective circumstances, such as a lack of suitable jobs. Along with other similar cartoons it now decorates the entrance lobby of Dundee Jobcentre.

I wonder if the people who copied and laminated it and pinned it to the board (alongside coloured inspirational stars) stopped to think that it might also sum up how those who developed the Universal Credit system regard them –the people who have to administer it. While some jobcentre advisors are better – or worse – than others, the serious problems lie in the system, rather than with the overstretched, undertrained people who are expected to make it work – and to believe in this rubbish. But the DWP stubbornly refuses to take any responsibility for creating a system so ill-conceived and poorly implemented that not only is it punitive (that bit’s deliberate) but frequent errors are inevitable. 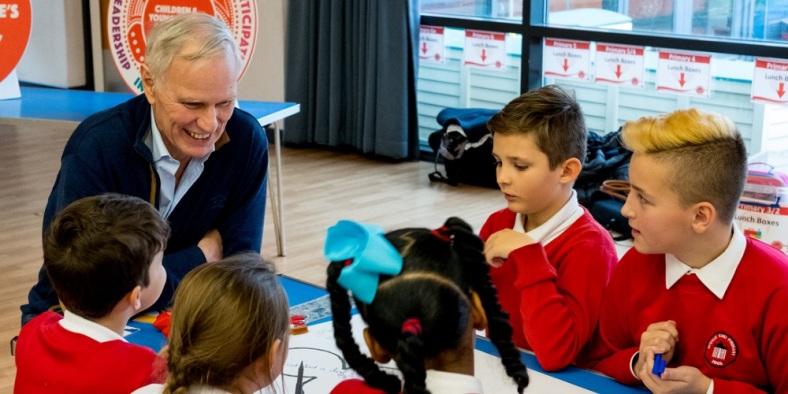 The UN Special Rapporteur on Extreme Poverty and Human Rights has published his statement following his visit to the UK, and he hasn’t pulled his punches. He doesn’t say anything that has not been said before, but he can speak with an authority others can’t command. The trouble is that the UN has no powers to make the UK shift course. If they had, I have a feeling that that this sort of report wouldn’t be allowed to be written.

After setting out evidence of the appalling growth and extent of poverty in the UK, Professor Alston concludes that:

poverty is a political choice. Austerity could easily have spared the poor, if the political will had existed to do so. Resources were available to the Treasury at the last budget that could have transformed the situation of millions of people living in poverty, but the political choice was made to fund tax cuts for the wealthy instead.

He writes about ‘the overall social safety net… being systematically dismantled’

And he observes that:

British compassion for those who are suffering has been replaced by a punitive, mean-spirited, and often callous approach apparently designed to instill discipline where it is least useful, to impose a rigid order on the lives of those least capable of coping with today’s world, and elevating the goal of enforcing blind compliance over a genuine concern to improve the well-being of those at the lowest levels of British society.

I’m not sure what is especially ‘British’ about compassion, but the rest is spot on.

In a long critique of Universal Credit he notes that,

many aspects of the design and rollout of the programme have suggested that the Department for Work and Pensions is more concerned with making economic savings and sending messages about lifestyles than responding to the multiple needs of those living with a disability, job loss, housing insecurity, illness, and the demands of parenting.

And he speculates that DWP motivation for the built in delay in claimants receiving their first Universal Credit payment includes ‘wanting to make clear that being on benefits should involve hardship’.

As I spoke with local authorities and the voluntary sector about their preparations for the future rollout of Universal Credit, I was struck by how much their mobilization resembled the sort of activity one might expect for an impending natural disaster or health epidemic.

But, as he has made clear, this disaster is being deliberately imposed.

Although there may be savings in the DWP budget, Alston is convinced that cuts  and changes to social security have not been about saving money overall. ‘In the area of poverty-related policy’ he writes,

the evidence points to the conclusion that the driving force has not been economic but rather a commitment to achieving radical social re-engineering… Key elements of the post-war Beveridge social contract are being overturned.

In fact – and this is a point that is not made nearly enough – he observes that,

the reforms have almost certainly cost the country far more than their proponents will admit.  The many billions advertised as having been extracted from the benefits system since 2010 have been offset by the additional resources required to fund emergency services by families and the community, by local government, by doctors and hospital accident and emergency centres, and even by the ever-shrinking and under-funded police force.

Alston describes the UK Government as remaining ‘determinedly in a state of denial’, with ministers insisting that ‘all is well and running according to plan’. Predictably, this state continues, and they deny the truth of the report. And from the Government perspective, the Brexit plan chaos would seem to have a small silver lining, as this had been a good week to bury other bad news. So don’t expect this report to bring any radical change. But we have seen another nail go into the benefit-cuts coffin – another small shift in public understanding and perception of what is happening – and it has become that little bit harder for any future government to backtrack on reversing the assault on the poor.

(There is an unfortunate error in the section of the report looking at Scotland where it claims that Glasgow City Council only turns round 3% of Welfare Fund Grants within 24 hours. A council spokesman told Saturday’s National that the correct figure is 91%.)

The picture shows Professor Alston talking to school children in Glasgow. It was taken by Bassam Khawaja and published in Third Force News

Your online journal provides a record of all your exchanges with the DWP. It is vital evidence in case of any dispute – but that won’t help if the DWP has altered or deleted earlier comments. This is what had happened to the journal of a couple who we met outside the jobcentre recently. They are going through a long and complicated dispute, and found that their history had been rewritten. What the DWP had perhaps not calculated on was that they had been careful to keep their own records and copies of everything! (We don’t know how common this is, but we are aware of another example where, after months of correspondence to get the correct benefit, the journal record didn’t show this as the back-payment that was actually received, but instead uprated all the previous payment records to what they should have been.)

The couple reminded us that we had helped them uncover an error some time back, when the DWP had tried to move them wrongly onto Universal Credit. Although they had been making a new benefit claim following a change in circumstances, they have three children, and no new claims were being accepted in the Universal Credit system for families with three children or more. This restriction was supposed to come to an end at the beginning of this month, but like so much else in Universal Credit, the change has been pushed back and won’t now happen until the end of January.  Putting people onto Universal Credit when they should be on other benefits has been a relatively common error; and all errors seem to be absurdly complicated to remedy.

Thursday was also the day when the committee looked briefly at our petition for using more progressive taxation to mitigate welfare cuts – including through more money for the Scottish Welfare Fund. We were disappointed that the committee gave the petition less than 5 minutes – even though they decided not to close it down as suggested by the chair – but we hope that it helped contribute to the weight of evidence that pushed them to write that letter. And the chair expressly wanted to put on record that the points were clearly made and not lost on the committee. (See from 10.20.36 to 10.25.10 here)

Of course this is only a small start, and we must wait and see what actually happens with the Scottish budget, and how bold the Scottish Government decides to be, both in focusing on those who have lost out under ‘austerity’, and in making taxation more progressive to support this. Boldness has hardly been a characteristic of this government, but anything short of copying the UK Government’s tax cuts for high earners will have most mainstream news sources squealing in outrage anyway.

And we can take some encouragement from the recent Scottish Parliament debate on ‘Ending Austerity, Poverty and Inequality’, held on 24 October. This demonstrated that issues around mitigating the cuts are being discussed – though this got rather drowned out in the media reports by horror at Michelle Ballantyne’s defence of the two child limit for Universal Credit payments. (She was the MSP who asked me, when we presented our petition, why we had missed out the Conservatives when we wrote to MSPs about mitigating the welfare cuts– I think she has just provided the answer.)

Slowly we are helping to change the focus of debate – we need to keep up the pressure!