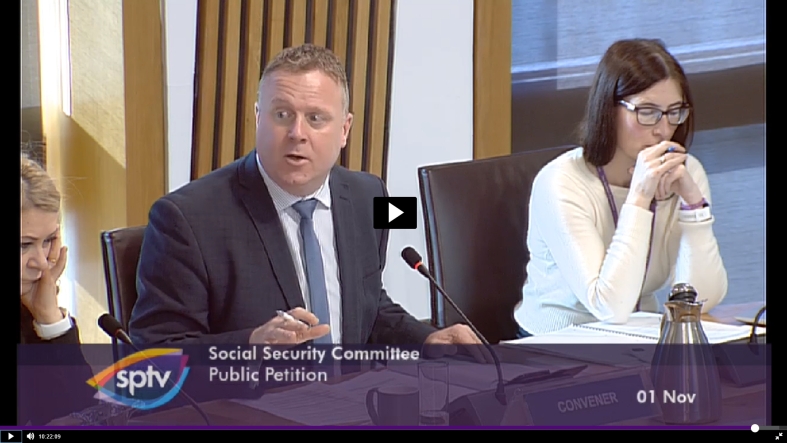 Thursday was also the day when the committee looked briefly at our petition for using more progressive taxation to mitigate welfare cuts – including through more money for the Scottish Welfare Fund. We were disappointed that the committee gave the petition less than 5 minutes – even though they decided not to close it down as suggested by the chair – but we hope that it helped contribute to the weight of evidence that pushed them to write that letter. And the chair expressly wanted to put on record that the points were clearly made and not lost on the committee. (See from 10.20.36 to 10.25.10 here)

Of course this is only a small start, and we must wait and see what actually happens with the Scottish budget, and how bold the Scottish Government decides to be, both in focusing on those who have lost out under ‘austerity’, and in making taxation more progressive to support this. Boldness has hardly been a characteristic of this government, but anything short of copying the UK Government’s tax cuts for high earners will have most mainstream news sources squealing in outrage anyway.

And we can take some encouragement from the recent Scottish Parliament debate on ‘Ending Austerity, Poverty and Inequality’, held on 24 October. This demonstrated that issues around mitigating the cuts are being discussed – though this got rather drowned out in the media reports by horror at Michelle Ballantyne’s defence of the two child limit for Universal Credit payments. (She was the MSP who asked me, when we presented our petition, why we had missed out the Conservatives when we wrote to MSPs about mitigating the welfare cuts– I think she has just provided the answer.)

Slowly we are helping to change the focus of debate – we need to keep up the pressure!