(As published in the National) 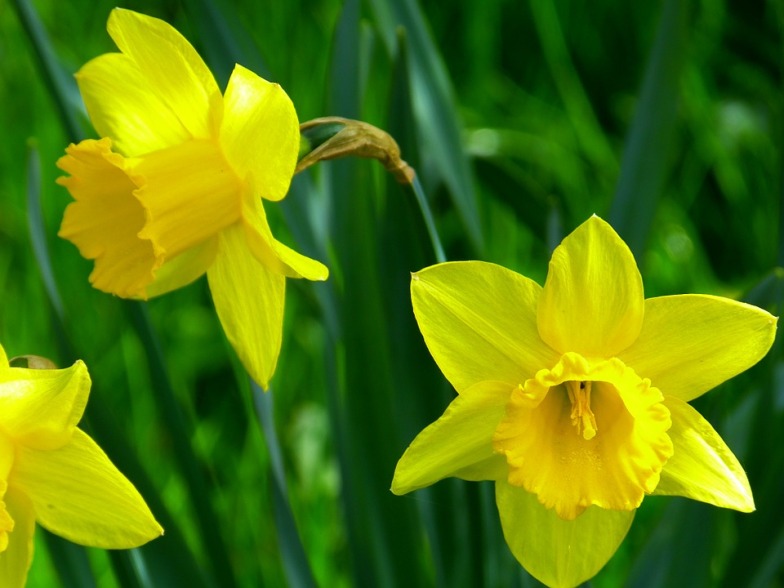 The daffodils are blooming, so it must be time for more benefit cuts. When you live under ideologically-driven austerity, April is, indeed, the cruellest month.

It is said that you can judge a nation by how it treats its weakest members, and this year, yet again, the sick and disabled find themselves in the UK Government’s cross hairs. Anyone applying for Employment and Support Allowance (ESA) from today who is put in the Work Related Activity Group will get only the same grossly inadequate £73.10 a week that they would get on Jobseeker’s Allowance (JSA). The Government claims that this will encourage them to find jobs – but this is a benefit for people found unfit for work. Even if they were able to find someone prepared to employ them, a job could be seriously damaging.

This comes in the wake of a clamp-down on eligibility for receiving ESA at all. The notorious tick-box assessment system is becoming tighter, and at our stalls outside the jobcentre we are always having to help people (like Daniel Blake in the eponymous film) who’ve been ‘bumped off ESA’ despite being clearly unfit for work. We tell them to request a Mandatory Reconsideration of the decision and apply for JSA while this is looked at. Once they are signed up to JSA they can get a doctor’s note to take off the immediate pressure to look for work – but contrary to the rules laid down in the legislation, jobcentres have been telling them they can’t do this.

Such treatment might seem like pure vindictive cruelty, but it makes perfect sense if understood as part of a deliberate ideologically driven attack on the welfare state. In our increasingly divided society, the greater part of the population are required to fulfil the role of workers and consumers – that is consumers of privately produced goods and services. Work is portrayed as the answer to all problems, and those not working, for whatever reason, are to be despised as failures. While the cuts in benefits have produced immediate savings in government expenditure (they may result in more costs further down the line), this is not their primary purpose. This is a deliberate paring away of the protections that separate us from unrestrained market forces. When unemployment is made both dangerous and demeaning, then workers are forced to accept poor pay and conditions without protest rather than risk their job and a fall into the abyss. And the current system for assessing ESA came out of consultations with a US health insurance firm who were experts in creating a process where people did not qualify for pay-outs, and who envisaged a future where we would be increasingly dependent on private insurance rather than publically funded social security.

Another long-time favourite target is lone parents, and the UK is following the US example by increasing the pressures for them to find work. From this month, they will be expected to do preparatory activities when their youngest child turns two, and look for a part time job when they are three. There is more than a touch of eugenics in official attitudes to poor families, and this is exemplified in the ending of child tax credit (and its equivalent element in Universal Credit) for any third or subsequent children born after 6 April – subject, of course, to the infamous rape clause. They will lose their additional housing benefit too.

All this is in addition to previous devastating cuts, caps, and reduced rates; and the tightening of rules and sanctions, including their extension (through Universal Credit) to some people in work.

But this spring also brings some positive changes in the form of further devolution of benefits as a result of the Smith Commission. These are limited (just 15% of Scotland’s total benefit spend) and are taking a long time to come into bloom. The planned changes to PIP (the benefit to cover the extra costs associated with being disabled) sound good, but many people quite literally can’t wait years for them to be implemented. They need at least some changes now. Even the knowledge that future training schemes for the unemployed will be voluntary and not lead to sanctions will be seem hollow to those who are already on the current two-year schemes and will be expected to see them through.

So, for people on benefits, and people who help them, and anyone who cares about working conditions or the welfare state there is a lot more to campaign about in the year ahead. We need to protest this system at every turn so that it becomes unworkable; we need to ensure that our Scottish government does as much as possible with the powers we already have; and we need to campaign for Independence and the power to create real social security.