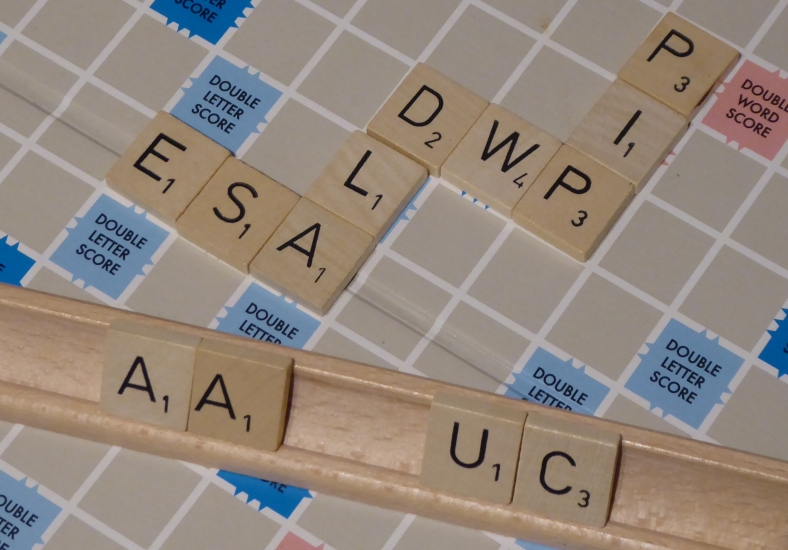 This is a question we often ask people who have applied for ESA (or the equivalent under Universal Credit) – especially if they have had their ESA refused and are wondering how they will survive. And often we discover that people haven’t applied for PIP because they don’t know what it is. DPAC (Disabled People Against Cuts) have found people similarly confused when talking to them outside the assessment centre in Glasgow. So we thought it might help if we wrote a brief explanation.

One cause of the confusion is that the names chosen by the DWP follow some weird logic that is known only to them and has no base in reality. Their most incomprehensible name is Employment and Support Allowance (ESA), the name for the benefit given to those unable to work. In areas that fall under Universal Credit full service, ESA has been swallowed up into Universal Credit, but the system for demonstrating that you are unable to work remains very similar.

PIP stands for Personal Independence Payment and replaces the rather more easily understood Disability Living Allowance. Basically, it is designed to compensate for some of the extra costs associated with being sick or disabled. You can get PIP whether or not you are working and whether or not you also receive ESA/Universal Credit, and it is NOT means tested. Although the application for ESA and PIP is somewhat similar – both make use of a detailed questionnaire and simplistic ‘tick-box’ style ‘medical’ assessment carried out by a private company – they are looking for slightly different things. PIP, like DLA, can be awarded for problems with daily living or problems with mobility or both. Daily living means things like getting up and bathed and dressed, and making and eating food. Problems need not be physical, they can include things like being too depressed to get up, or too feart to go out on your own. Like for ESA, it is a good idea to get someone who knows the system, and what scores points, to help fill out the form; and it is also good to get someone to come with you to the assessment to check the key points are covered and to ensure that the subsequent report is an accurate reflection of what actually happened – as well as to give moral support. There is lots of advice on all this on the internet, e.g. from Benefits and Work.

In case this isn’t confusing enough, children under 18 still get DLA rather than PIP, and if you are a pensioner the relevant benefit is Attendance Allowance, which doesn’t include the mobility bit. If you are already on PIP though, you stay on that rather than move to Assistance Allowance, so if you have mobility problems and are getting older, you might want to apply for PIP before it is too late (the exact rules are complicated).

And, of course, sometime in the now not so distant future, PIP, DLA and Assistance Allowance will be taken over by the Scottish Government and replaced by a system that we are promised will be much fairer…

3 thoughts on “Have you applied for PIP?”