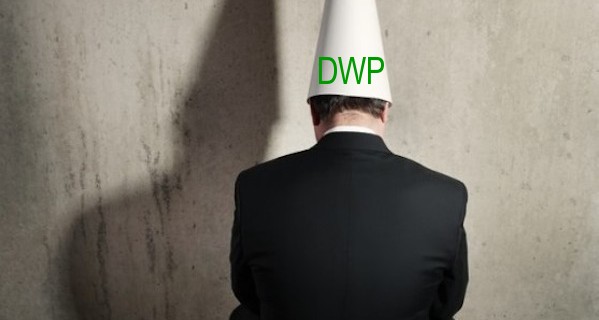 Kat is a carer for her brother and she was worried. When we met her at our stall outside the jobcentre she told us that she had been informed that she would be moved onto Universal Credit before the end of the year. This didn’t seem right to her or to us, and we have now confirmed with CPAG that the earliest date that the DWP will begin moving people on existing benefits onto Universal Credit is currently predicted to be July 2019. Of course this could be postponed further, as it has been many times already. CPAG pointed out that moving people this year was actually in Iain Duncan Smith’s original plan, but that timetable was abandoned long ago – as jobcentre workers should know.

We also came across yet another person told to apply for UC when his National Insurance payments make him eligible for contribution-based (now called new style) JSA. Otherwise, we are pleased to report that our stall was pretty uneventful, though one reason for this may be that increasing numbers of people on UC are being told they don’t have to sign on as often as before, now that the DWP can check up on their online diaries without seeing them. While it is good that people are being spared the pressure of fortnightly appointments, it makes it harder for people such as ourselves to meet them and offer support.

Of course people in rural areas distant from a jobcentre have always been exempt from having to come in very often. However we were recently contacted by someone who had been told that he now had to come in for an interview, even though the round trip would take him over 4 1/2 hours. CPAG provided us and him with this link to a response to a parliamentary question about postal signings.

And finally, this week we witnessed a welcome U-Turn by the UK Government, who appear finally to have noticed that by removing housing support from people on UC aged 18 to 21 they were causing homelessness. Here in Scotland, our Scottish Government has been committed to mitigating this cut, so we have added a paragraph to our latest response on our petition, calling on them to spend the money now saved on mitigating other welfare cuts:

Now that the DWP has reversed their earlier policy and will be paying housing subsidy to 18-21 year olds on Universal Credit, the Scottish Government will no longer need to provide extra help to this group, and the money budgeted for this can be used for other welfare cut mitigation. Can the Scottish Government confirm that they will be keeping this money for welfare, and can they tell us what other help they plan to give?

Thanks to Jonathan, Dave and Duncan for helping at the stall