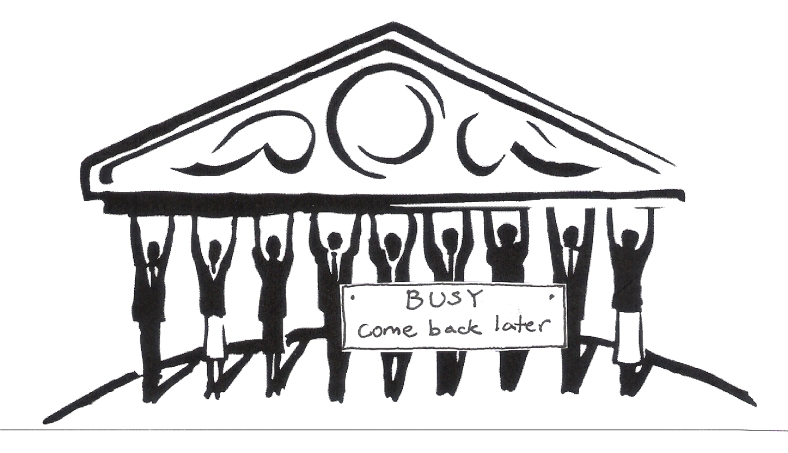 Yesterday, David accompanied Isobel to Cadogan Street for her Work Capability Assessment. Nothing remarkable about that – except that this was the third time that they had made the journey. Isobel contacted us in July when she was waiting for her appointment – and then again in October when she had finally heard that they would see her on 1 November. So we made arrangements, and she made arrangements, but then, as David explained:

‘Isobel’s assessment was postponed due to the amount of time she was forced to wait in extreme discomfort. They knew about her injury and still kept her waiting, with the modern excuse of the “systems” were down. Eventually she felt she could no longer cope with the pain and, despite being “assured” it wouldn’t be long if only we’d wait, she postponed and a new appointment time for assessment is being sent out. They did say next time she’d be a priority. Nearly £5 on parking tickets and a lot of pain for nothing, and they definitely don’t like advocates much either. Very glad I was there as I feel they would have had her waiting all day. A “manager” came out to apply some pressure after I said we’d have to postpone.’

‘Cancelled again!! This time after an hour of waiting in severe pain and discomfort only to be told the specialist she was due to see had left after a busy day. Isobel was meant to be a priority today, however the manager who’d assured us of that last time seemed not to remember saying that, and was again fobbing us off by telling us she’d be seen “shortly”. An hour later, and a different lady with a very apologetic nature gave us the news the specialist had left and Isobel will have to come back again. Told her I appreciated the apology but it’s not good enough and this would be the 3rd appointment made for someone in extreme pain. Noticed the words “priority” in black pen on her file so the manager appeared to be lying through his teeth. At this point a few people in the waiting room who were still to be seen started crying, as did Isobel . Shocking display of contempt for their “clients” and appalling mismanagement.’

Shocking though this account is, it is, in fact, not particularly unusual. Although the person applying for ESA – who by definition has health problems – is expected to get to their appointment on time or provide very good reason, the assessment centres are always cancelling at the last minute. Sometimes they manage to let people know before they actually turn up – though after they have suffered the anxiety of preparation; and sometimes, as in Isobel’s case, they only find out after they have already been waiting. But this callousness is symptomatic of the whole way ESA is administered.

It’s been fairly quiet outside Dundee jobcentre recently, but our chilly stall today demonstrated a distinct lack of Christmas spirit within those walls.  One person told us that despite a previous agreement that she could pay back a loan in small increments, the jobcentre had taken it upon themselves to deduct £46 a week from her benefits (we advised her to ask Welfare Rights or CAB to renegotiate this). Another said that he had been told that he could get his interview travel costs repaid at a standard mileage rate, but that they then only allowed him the cost of the petrol and made him pay back the difference (we advised him to put in a complaint). And another person told us that he lived in Brechin and his doctor was in Dundee, but when he handed his doctor’s line into the jobcentre in Dundee to be scanned they grumbled that he should be taking it to Forfar, which is 11 miles from Brechin and 14  miles from Dundee.