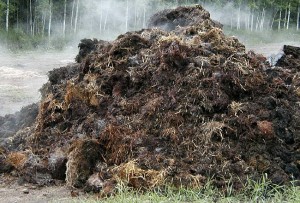 At our advice stalls we always try to ask people leaving the jobcentre if they need any help. “Any bother?” we asked one guy. “Nah. It’s a load o’ shite!” he said, rapidly retreating.

The interaction was brief. The man’s comment illustrates the general level of frustration at the system. It also demonstrates a more worrying phenomenon: claimants expect bad service from the DWP. It is a short step from expectation to acceptance. When you are routinely faced with bad service, it is easy to accept it as normal. That is of course what the UK Conservative government want. Their belief is that if they make the system as obstructive as possible, people will either give up complaining, or simply not apply for benefits in the first place. The SUWN is a voice for these people.

Jimmy is was also at this week’s stall. He is an older man, close to state pension age. He is on Universal Credit and had the standard grumbles, including the meagre allowance and the initial five-week wait. He contrasted it with when he’d last been unemployed. Unemployment benefits have never been generous, but Jimmy seemed almost nostalgic about the old welfare system. Listening to him was a bit like chatting to a veteran telling his old war stories. He thanked us for our work.

Aidan is somewhat younger. He also told us he was signing onto Universal Credit. He is handing in sick lines, and waiting on a Limited Capability for Work Assessment. He has been told he has to use a computer to look for work, despite being dyslexic and not knowing how. With regards to his health issues, we told him he was probably also eligible for PIP.

Brenda is an older woman who must be in her eighties. Her daughter, Anne, is herself coming up to retirement, having missed out when the retirement age for women was increased. (The WASPI generation). Anne has specific health issues and is unable to work, but because of a moderate amount of savings she is not able to claim Universal Credit. We advised that she may be eligible for PIP, which is not means tested.

Thanks to Jock, Tony, and Garry for helping at this week’s stall