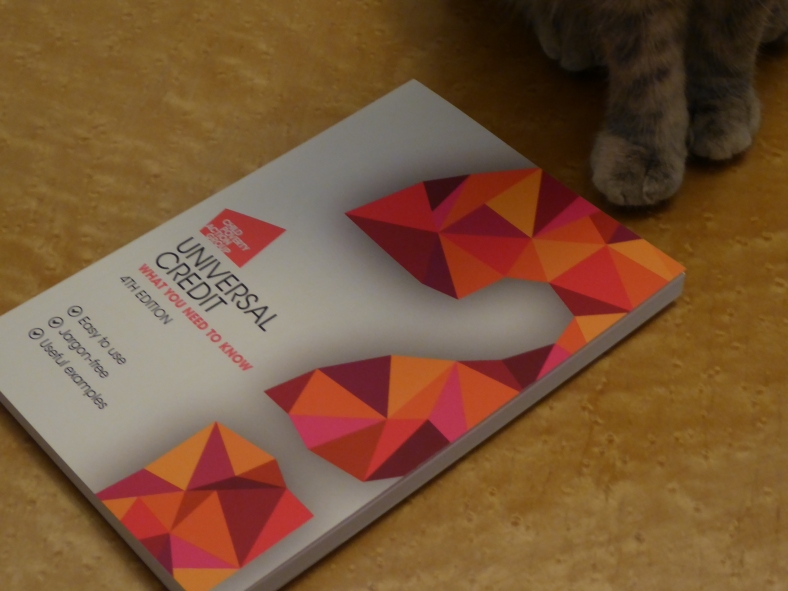 If any other organisation made as many errors and administrative cock-ups as the DWP they would be sued for negligence. The whole system is understaffed and undertrained, reflecting the contempt in which the department holds it’s ‘customers’. This week, for the second week running, we met with someone who had been told that because they had a bit of money (in this case a small pension) they would get no unemployment benefit, when they had only recently lost their job and were entitled to 6 months contribution-based Jobseeker’s Allowance. This time the person concerned had done their own research and was able to inform the Jobcentre that this benefit has not been eliminated by Universal Credit, as they had previously been told. We wonder, though, how many people will have missed out on payments because they have been misinformed.

We were also contacted by a very worried man who had not only been refused ESA, despite multiple problems, but had subsequently been told that his family’s Universal Credit claim had been closed. He had been informed by the DWP that UC was what he now had to apply for in order to receive benefit payments, and they had even helped him log onto the system at the jobcentre. But a week later he got a message that he was on the wrong benefit and his claim would be closed in 24 hours. He had to limp back down to the jobcentre and be signed onto Jobseeker’s Allowance. There is a rule that people with three children cannot make a new claim for Universal Credit until 31 October 2018 and must claim the old benefits instead. A good outcome – but not before a lot of worry – and why did that hugely expensive IT system fail to pick this up?

Moral: If you think the DWP’s made a mistake with your benefit – you may well be correct.

(Note for the DWP: The guide in the illustration, which we have on our stalls, is available for £15 from the Child Poverty Action Group.)